Was gonna write about some hate mail I got on FB

But when I got into SF HQ yesterday

I saw an email from Daniel

He’s only been here a month or so

Was a fit and healthy guy already

Did lots of yoga

But hadn’t done one class since he started here

This is what he had to say

“I was standing solid on my mat, firm and controlled in each posture.

I was able to use my strength to manoeuvre with control into positions I never reached before.

Despite my flexibility it’s really the strength that’s the glue holding yoga poses together.

I left on actually quite a high” 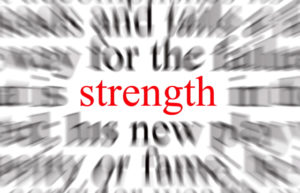 Because it literally changed my life

Getting stronger makes everything easier

From yoga to carrying bags to picking up kids

But most importantly you develop a mental strength

And that’s the best benefit of them all

Daniel went on to say

“it’s clearly down the work I’ve been doing with you and the science behind the routine.”

And every body is different

Hence the personal nature of all the training plans here

Apply for one here

P.S. There was also another email which called me rude and aggressive

Which I’m extremely thankful for

That one I will definitely fill you in on tomorrow

About the Author John O'C

John O'Connell is the owner of SF Fitness & Health Centre. He started working in the fitness industry in 2002 after suffering a back injury. He has worked with many professional organisations including Leinster Rugby, An Garda Siochana, New Zealand Rugby, Dublin GAA, Spar and CBRE. He has also appeared muliple times on both RTE & TV3 as a health & fitness expert. John is the co-author of 2 international best selling books - Total Body Breakthroughs and The Fit Formula.

An Open Letter to Stellar Magazine

​Enter your name and email below